Embrace Your Sexuality with your host Coralyn Jewel 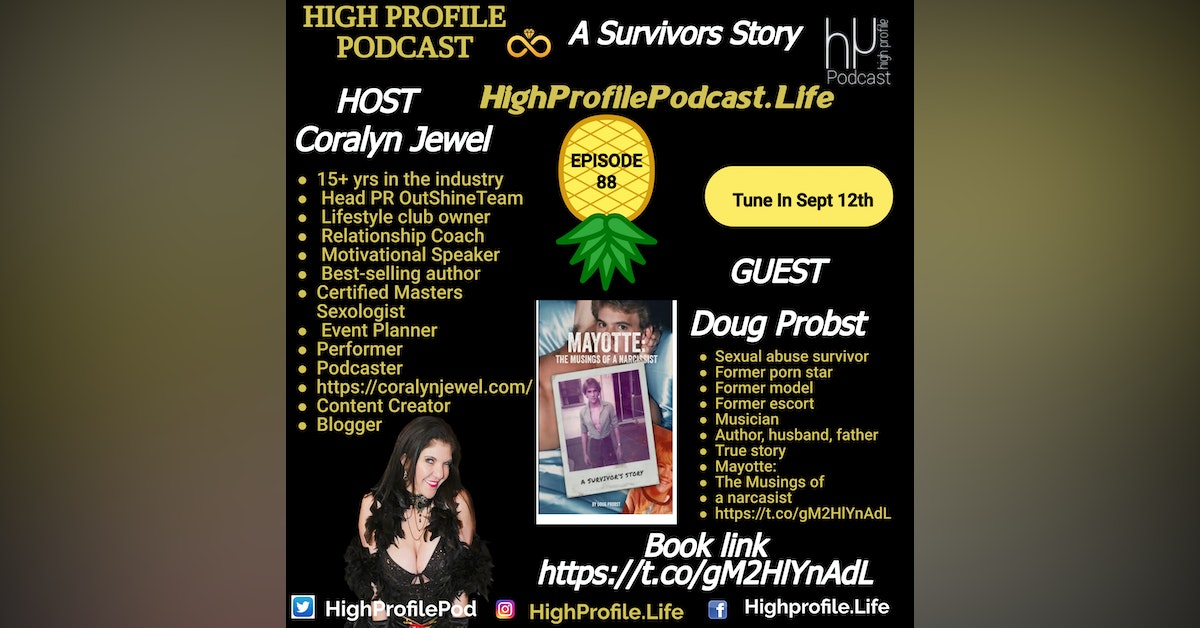 Interview with Doug Probst also known as Shawn Mayotte.  His story is a brutally honest description of his childhood.  Horrific physical and sexual abuse by his parents, priests, probation officers and others who were authority figures in the LA County Probation System.  He shares with us how it all began, his first memories of child abuse.  He was incarcerated from 12-17, never seeing the outside world. In 1982 was emancipated to the streets and landed in the epicenter of the AIDS epidemic when there was no name for this disease.  Witnessing 30 of his fellow hustlers die of a disease that had no name before he turned 18.

Luckily, Doug who had a musical talent that enabled him to perform with some talented well known musicians such as, Billy Preston, Neil Young, Dan Hartman, James Ingram and many others.  In addition Doug shares with us how he was able to survive and learn to perfect the hustle of escorting.   He also performed in Adult Films in the 1980s and was a top nude model throughout the decade, gracing the covers and centerfolds of many pornographic publications. This is the true story of a survivor.  https://mayottenow.com/

Email has been submitted.